Poetry Friday: "To a Girl Writing Her Father's Death" 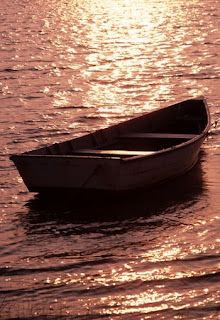 One of my favorite professors in college shared today's poem (one of my all-time favorites) with us, at the start of a semester-long intensive poetry writing workshop. There was instantly something I loved so much about this poem--about the poet's voice, about the way reading it makes me catch my breath a little, and about the true, hard things she has to say about the often-painful act of writing. So I asked my professor if I could borrow the collection of poetry that it was from...and then, I'm ashamed to say, I somewhat-purposefully "forgot" to return the book to him. I just didn't want to give up those words.
That professor remained a mentor to me long after the semester's workshop ended--in fact, he later supervised the publishing internship that was my first step into working in children's books--and when I graduated and was packing to move and bidding my goodbyes to campus, I finally confessed that I still had his book, and promised to return it before leaving for good. He instead kindly told me that I should continue to keep the pilfered book as a graduation gift, and to hold dear the poem in it that I'd loved so much. So now I'm turning around, and sharing it with all of you, especially you writers, as the editor in me thinks about your stories, and echoes the poet's instructions, "Speak. Make holy detail....And forgive me for asking."
"To a Girl Writing Her Father's Death"
by Beckian Fritz Goldberg

Sometimes the lake water writes and writes and gets
no answer. You tell me, It was just October.
That is good. His voice was full of love and laughter. Not
so good. Full of copper, jacks-of-diamonds, cubes
of honey, I could believe. But I did not know
your father. The moment when the cable snapped from
the boat has, however, its drama. Yet it is not
enough. Try to understand the need out here for
gestures, wind, raw sound. Was it a spasm
of sex in the motor, light shingling
his black hair as the boat spun
on its wide iris down? Were you standing?
I know this must be painful, standing
at the edge of your white page with someone
gone under. You were sixteen and he called you
Princess, though it is a cliche to be
called Princess. And to be sixteen. Yet
I have looked at you and you are not now
much older. You could wear tiaras,
your blond waves pure as the back
of the knee. Though you wear your carrot rouge
in clumsy circles, which makes me
love you. I have not lost a father
except in my dreams. But each one has left
my mouth open. Speak. Make holy
detail. Let the water bend over you like cold
eyeballs. Let in the scream and the lining of the scream
and the prismic figure eights of oil
mad on the wake--and forgive me
for asking. You have to think of the world
which gave and took your father.
The world which asks for him now.
There's no sense writing poems unless
you see the mob: We who gather for the red
pulse of every ambulance, we who crowd
lifeguards kissing the still blue lips of
children on the beach, and murmur who
and how, hungry for every morsel
of this life that is not ours, not really. Not
for long. But for the asking.

Email ThisBlogThis!Share to TwitterShare to FacebookShare to Pinterest
Labels: On Writing, One of my very favorite poems of all time, Poetry Friday