I read a fantastic book recently! In fact, it was so good, I read it twice within just a few short weeks. I'm planning to read it many more times, actually. And give it just a little while (till, oh, say, tentatively 2012 or so), and you can read it, too.

From PublishersMarketplace: "S.J. Kincaid's INSIGNIA, in which a teenage video gamer becomes a government weapon in a futuristic world at war, to Molly O'Neill at Katherine Tegen Books, in in pre-empt, in a significant deal, in a three-book deal, by David Dunton at Harvey Klinger."
In the meantime, while I get busy editing, head on over to the author's blog to read a truly inspiring tale of one writer's growth and perseverance.
Posted by Molly O'Neill at 10:19 PM 1 comment:

Email ThisBlogThis!Share to TwitterShare to FacebookShare to Pinterest
Labels: Book Love, Hooray I bought a book, Inspiration, My amazing authors and illustrators, On editing, Shiny New Acquisitions, YA 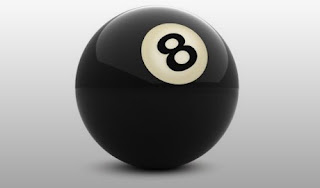 (Warning: annual sappy post ahead!)
When I was growing up, my Dad gave me the same piece of career advice over and over: "Find something you love to do, because you're going to spend a lot of time doing it." (Fun aside: during my first year as an assistant in publishing, as he helped me over the phone with doing my taxes, I reminded my Dad of this comment. His response: "Well, I sure hope you love it, because you're not making any money!" Oh, publishing....) His advice was so very right, though. Life's incredibly fulfilling if you're doing something that you believe in, that you love.
Eight years ago, I started my first job as a Marketing/Publicity Assistant at Clarion Books, which I talked about here, this time last year. A lot's changed in those eight years, even though it's not really all that long ago at all! Somewhere in the eight years, I moved over to HarperCollins, and I was also finally able to make the shift from marketing/publicity into editing, which was so very worth all the scrambling and persistence and backtracking and side-stepping it took to get there. But beyond that, back when I started, publishing's landscape looked pretty different: there were hardly any blogs, there was no Facebook, no Twitter, and even author/illustrator  websites were a relatively new phenomenon. There wasn't daily talk of e-books, or e-readers, or digital publishing efforts, either.
As we all are, eight years later, I'm currently watching this industry re-invent itself from the inside-out, and I suspect it won't be the last time I do so in my career. But the thing that mattered most to me when I started that job eight years ago is the same thing that matters most to me today: there were books, incredible ones. (And I got to work on them! And they paid me to do it!) And there were stories, as there always have been and always will be. And there was a long-standing community: a brilliant, welcoming, intensely passionate and intelligent community of authors and illustrators and librarians and literary agents and educators and booksellers and publishing folk and readers. Eight years later, I find so much inspiration and meaning in being a part of that community, and in this Dream Job of mine, which is so much about connections, about passions, about ideas, about children and teens and the books that shape them--and that shape all of us, too, as we go about making them.
This eighth year in publishing is an especially important one for me, because it's the first year in which books that I acquired as an editor (rather than ones that I assisted another, more senior-level editor on, or that I marketed/publicized, back in my previous role) will begin hitting the shelves. In months to come, as their publication dates approach, I'll be sharing some stories of acquiring those books, and of working with their tremendously talented creators--"editorial love stories," if you will, and I hope as readers, many of you will be as enchanted and thrilled and moved by reading those books as I've been during their making.
For now, though, I'm just quietly, abundantly grateful. This business of making books for young readers is one that I believe in with my whole heart, and I'm constantly proud and humbled to be a part of it. Thanks to all of you, who are part of it, too.
Posted by Molly O'Neill at 9:12 PM 6 comments:

Every year for the past few years, one of my New Year's Resolutions has been "Read more poetry," and every year, it's been a resolution that's just purely good for me, and keeping it makes me happier, which seems to be the key to successful resolutions. So I'm officially using my first post of 2011 to see if I can get back into the Poetry Friday habit again. Because I'm not sure if y'all have missed it here on the blog, but I have!

"A Winter Twilight"
by Angelina Weld Grimké
(who has quite an interesting history as a writer and playwright during the Harlem Renaissance.)
A silence slipping around like death,
Yet chased by a whisper, a sigh, a breath;
One group of trees, lean, naked, and cold,
Inking their crest 'gainst a sky green-gold;
One path that knows where the corn flowers were;
Lonely, apart, unyielding, one fir;
And over it softly leaning down,
One star that I loved ere the fields went brown.
Ahhh...the cadence of those last two lines is just supremely lovely, and somehow chilling and warming all at the same time. And I love how the poem starts out feeling "big" and all-of-nature-encompassing, but by the end, it's narrowed in to pinpoint a singular, resonant image. Beautiful!
Posted by Molly O'Neill at 11:36 PM 4 comments: