The Great American (YA) Novel 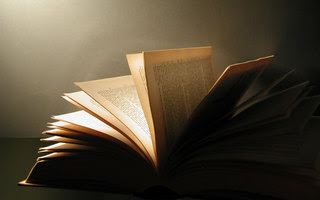 My friend Mark is an an aspiring writer who mostly focuses on adult fiction, though he seems to flirt with the thought, as many do, of writing for kids someday--perhaps because has several young-readers-in-the-making of his own. He occasionally tosses astute questions out at me about the kidlit world as he reads and writes and thinks about the writing life, and I've actually been chewing on one of these queries for weeks, because, well, there's a lot to ponder packed into it. In his own words:

"The Great American YA Novel: In your opinion, has it already been written? If so, which one is it? If not, what would it look like? Discuss."

My first reaction was to think, "Yes, of course it's been written! Need you even ask?! We're living in the Golden Age of YA, after all!" But the second piece of that question gets far trickier--which one is it? Of course dozens of books jumble into my mind, one after the other--award-winners, and personal faves--contemporary, historical, fantastical.... There is certainly a growing canon of universally- acknowledged great YA out there these days, and we could no doubt have a rich discussion about what should top that list (in fact, this is your invitation to duke it out in the comments, if you'd like).

But it's actually the next piece of the question--what would or what does the Great American YA novel look like?--that got me thinking even deeper than titles and authors and books that carry shiny awards stickers.

We (and by we, I mean the tribe of English majors to which I suppose I belong, having written altogether-too-many college papers on Milton and Shakespeare and The Great Gatsby and Sophie's Choice and 20th-century this and postmodern that) usually call adult literature great because of aesthetics and symbolism and critical acclaim and technical brilliance and etc., and because we can categorize and classify and rationalize and argue and footnote it all.

But young adult literature's greatness comes from a place that is often just as aesthetically and technically brilliant, but also far more emotional, I think. And perhaps this is why I love it far more than the many Great Works of Literature I read in college. (Apologies on that count to all those English professors of mine--but hey, at least I ended up with an English major sort of job, right?)

Part of being a young adult is by nature, I think, to be a bit self-focused. You're beginning to truly claim (and also reject) the defining pieces of your world and your SELF for the first time: your future, your family, your friends, your relationships, your truths, your ambitions/dreams/beliefs/hopes/ideals, your joyous/painful discoveries, your life. With so many things already in fragile balance, it takes something fairly significant to tap through that wall of self-absorption and demand attention . . . to affect the person a young adult is, and is becoming. But the brilliant power of books is such that, sometimes, they can do just that. They can validate, they can challenge, they can inspire . . . they can make a reader pause and redefine the world they've known up until that moment. And when they do any of those things, it's that book, whatever it may be, that becomes The Great American YA Novel for that reader. And so The Great American YA Novel is constantly changing. Because young adults are constantly changing, constantly growing, and the novels they claim as great--because they are full of words and characters and truths that affect and shape them--change and grow with them.

So, Mark, that's my long-delayed answer, I think: what matters most in YA is not the labels scholars give, but rather, the labels that readers give. What matters is that, actually, every YA novel published has the potential to be considered The Great American YA novel in the mind of the teens who will read it.

Treatise now complete, I'd love to hear how other people would answer this question, so please chime in with your thoughts in the comments!

Email ThisBlogThis!Share to TwitterShare to FacebookShare to Pinterest
Labels: YA