(I don't blog a lot about my authors' books while they're in-progress toward publication. In part, this is out of respect for the writing/editing/revising/ publication process: a lot can change for a story as we work on it. It's also out of respect for readers--because I think it's mean to taunt you with tales of fantastic books you can't buy yet! Thus this series of publication-day "Editorial Love Story" posts was born: to celebrate the fact that, at long last, an author's book is out on shelves, and to share a bit of the "making-of" story of that book, too. Hope you'll enjoy and be inspired by this post, and that you'll soon have a chance to read this great book!) 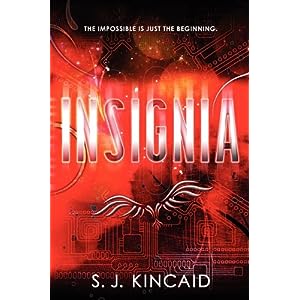 More than anything, Tom Raines wants to be important, though his shadowy life is anything but that. For years, Tom’s drifted from casino to casino with his unlucky gambler of a dad, gaming for their survival. Keeping a roof over their heads depends on a careful combination of skill, luck, con artistry, and staying invisible.
Then one day, Tom stops being invisible. Someone’s been watching his virtual-reality prowess, and he’s offered the incredible—a place at the Pentagonal Spire, an elite military academy. There, Tom’s instincts for combat will be put to the test, and if he passes, he’ll become a member of the Intrasolar Forces, helping to lead his country to victory in World War Three. Finally, he’ll be someone important: a superhuman war machine with the tech skills that every virtual-reality warrior dreams of. Life at the Spire holds everything that Tom’s always wanted—friends, the possibility of a girlfriend, and a life where his every action matters—but what will it cost him?
Gripping and provocative, S. J. Kincaid’s futuristic thrill ride of a debut crackles with memorable characters, tremendous wit, and a vision of the future that asks startling, timely questions about the melding of humanity and technology.

INSIGNIA by S. J. Kincaid hits shelves today, and it marks an awesome YA debut: as a bookseller who read an early draft of the manuscript said to me, "This author is the real deal!" and I couldn't agree more: it is a thrill to watch an author launch, knowing she is talented in endless ways!

S. J. Kincaid is an incredibly skilled world-builder, one who uses science and history to ground a tale of the future, making for a brainy, smart, totally plausible story. The plots that she brings to life are genius: full of sneaky twists and turns and high-stakes moments that make your pulse pound all the more because you're aware as you read that every bit of her story feels uncomfortably possible. And her ability to create characters and genuine relationships between them is perhaps her greatest talent of all. I want to climb inside this book and be friends with these characters! Tom Raines and his friends are hilarious and fiercely loyal; they have an endless capacity for having fun, and they belong to each other in a way that makes a reader somehow feel that same warmth of belonging, too. That's a rare writerly talent, and a special one. Each time I read this manuscript anew, it felt like I'd skipped work for the day and was hanging out with friends, scheming pranks and enjoying inside jokes--and being that girl laughing too hard in public, whether on the subway or in a coffee shop, editing, because this story is high-stakes and thrilling, but it is also wickedly, wonderfully funny! We don't see enough humor in YA, I think, for what a key part of life it is for teens, but these characters are pitch-perfect in the way they never miss a moment for sly wit or full-on hilarity.

It's easy to assume that an author like this comes out of nowhere, but I think one of the things that awes me most about S. J. Kincaid is knowing just how hard she worked to become an author. INSIGNIA is her debut novel, but it's actually the seventh manuscript she wrote. Along the way, not only was she incredibly perseverant, but she let those six early manuscripts teach her a ton about writing, about storytelling, and about craft. As a result, she is one of the most confident writers I've ever met, and one who is willing to drastically tear apart and rebuild elements of her story if she can see that doing so might make it stronger. I am convinced that she has entire epic universes in her mind, and I am so pleased that she's willing to share some of them with us, as books.

S. J. Kincaid found her way onto my list in a distinctly modern way: she and her literary agent responded to an appeal I'd made on Twitter: that I was hungry for stories that asked interesting "what-if" questions. The first manuscript they sent me wasn't even INSIGNIA. But I am delighted that the next novel she wrote *was* INSIGNIA, and that I've had the privilege of working with her on the series, ever since I read INSIGNIA for the first time over Christmas, two years ago, at my parents' house, and ignored my entire family for the better part of two days as I did so. INSIGNIA creeps up on you as it steals its way into being one of the most engaging stories you've ever read. It's about a gamer kid, and I am decidedly not a gamer, but by three pages in, that no longer mattered because I was hooked, and totally on the side of intensely likable mischief-maker Tom Raines. I think Tom's character taps into something that exists in all of us: a universal desire to *matter*, and to make a difference in the world somehow, by using the talents we're proudest of in ourselves, which makes it a story that a fascinating variety of readers will enjoy.

Want to help S. J. Kincaid celebrate her INSIGNIA's debut? Check out the book trailer for INSIGNIA; buy a copy for yourself or a teenager or a gamer you know from your favorite bookseller or check it out at your library; "Like" Facebook.com/insigniaseries to follow news about the series; or if you're in Huntington Beach (July 10th, B&N Huntington Beach; Salt Lake City, UT (July 11th, The King's English Bookstore); Houston, TX (July 12th) Blue Willow Books) or attending San Diego Comic Con, you can meet the author while she's on tour this week.  Finally, you can follow the author on Twitter (@sjkincaidbooks) or read her blog.

Happy publication day, INSIGNIA and S. J. Kincaid! I'm so excited for readers to find and love this book!

P.S. I posted this from my phone while out of town, so forgive any weird typos or formatting issues, please!
Posted by Molly O'Neill at 4:08 PM 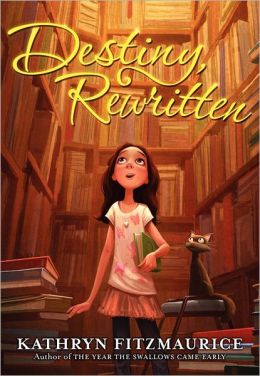